Thriller Thursday: The Entity – when the paranormal attack.

I’m feeling the paranormal today, and we’re going to talk about a sensational ghost story (and one of the scariest movies I’ve seen), the haunting of Doris Bither. The 1980s horror film The Entity, starring Barbara Hershey, is based on her story.

In August of 1974, Culver City California resident Doris Bither enlisted the help of UCLA parapsychologists Dr. Barry Taft and Kerry Gaynor after hearing them speak at a local bookstore. Her claims were outlandish, and the two men assumed the case would be an easy one.

Bither lived in the home on Braddock Drive with her four children: a six-year-old daughter and three sons, ages ten, thirteen, and sixteen. Taff and Gaynor immediately noticed the poor state of the house. It was dirty and had been condemned more than once. Doris’s relationship were her children, specifically her boys, was extremely negative, and some claimed she was verbally abusive.

Doris’s background is most interesting to me: her parents were abusive, as were the men she dated. Like many victims of abuse, she struggled with positive relationships, and the investigators felt the boys, particularly the oldest, resented their mother. Paranormal enthusiasts–including respected experts like Taff–often point out that a negative environment and tormented mind either attract poltergeist activity or create it.

Barbara Hershey in one of the movie's most unsettling scenes, when the spirit attacks and rapes her.

Taff and Gaynor were skeptical of Doris’s claims, which started with the more benign stories of disembodied voices and knocking sounds to the seemingly outlandish tale of rape. Initially, the two men scoffed at her story of physical attack, but when they saw the bruising on her body, specifically her inner thighs, and non-family members came forth with their experiences of the apparitions, they started to listen.

Doris claimed there were at least three spirits, and that two smaller ones held her down while the biggest raped her. Bizarre as it sounds, her eldest son did say he witnessed his mother being tossed around the room and was attacked by the force when he tried to intervene.

Taff and Gaynor then embarked on one of the most famous paranormal investigations in history. After initial sessions that resulted in strange pictures and lights, Gaynor and Taff brought in professional photographers. Using high-speed cameras (keep in mind, this is 1974), they set up in Doris’s bedroom and had her call the alleged spirits. More than two dozen investigators watched as strange lights began to manifest and a green mist formed in the corner. Like a neon vortex, it twisted and grew, and suddenly the form of a male torso became visible. 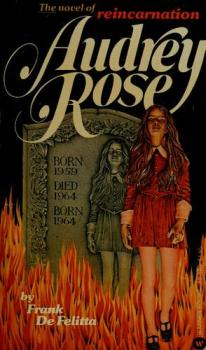 Frank de Felitta, author of “The Entity,” and “Audrey Rose,” witnessed the form along with many others. He described an arm, then a neck, and then a “kind-of” bald head. He states the witnesses saw the same thing. You can hear his description in the video below.

Despite the high-speed cameras and professional photographers, the lights were too quick and no visual evidence was found. Only a floating, arc-like light and some orbs showed up in the pictures.

Doris on the bed with the arc of light above her.

In the video below, Kerry Gaynor explains the importance of this picture. The walls are perpendicular, and if the light were really on the wall, meaning it were being projected, the arc would be bent. It’s not, and according to Gaynor, that means the arc is floating in space. It’s dimensional and nearly impossible to fake. The negative of the photo has been authenticated and published by Popular Photography.

In the video, Gaynor also shows the famous Polaroids he snapped when Doris claimed the entity was in front of her face–it’s bleached out. But in the control pictures he took, when she said nothing was there, the picture is fine.

So what happened? Doris was an alcoholic with a nasty attitude. Her children were born to different fathers and she went on to have numerous relationships and marriages before she died in 1995. If some theorists are to be believed, her negative energy played a part in conjuring up whatever was attacking her. It is interesting that the activities were at their height in Doris’s presence. According to investigators, there were instances when she was sober and no manifestations occurred.

After Doris moved out of the Culver City home, the activity ceased and no further activity has been reported. However she told Taff that as she moved from San Bernardino, California, then to Texas, and back to San Bernardino, the entity followed.

What do you think? Was Doris really haunted? If she was, did her negative emotions conjure up the cruelty? What about the evidence? Does it stack up for you?

Stacy Green is the best selling author of psychological thrillers and mystery with a dash of romance. As a stay at home mom, she's blessed with making writing a full-time career. She lives in Iowa with her supportive husband, daughter, and their three fur-babies.
View all posts by Stacy Green →
This entry was posted in Thriller Thursdays and tagged Barry Taff, Doris Bither, ghosts, haunting, Kerry Gaynor, paranormal, Stacy Green Turning The Page, The Entity, Thriller Thursday. Bookmark the permalink.

17 Responses to Thriller Thursday: The Entity – when the paranormal attack.